KPIs Every Dentist Needs to Know

Key performance indicators (KPIs) are the driving force behind every successful practice. 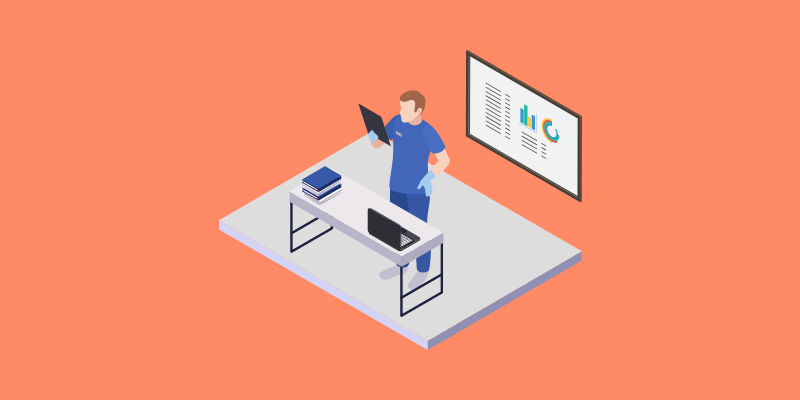 Gut instinct and grit can only get you so far. Businesses perform better when decisions are based on data. It’s a little like driving a car. Anyone with a driver’s license can get behind the wheel and start driving. But if you have a destination in mind and directions on how to get there, you’ll arrive a lot faster.

Read on to discover:

Measure What You Want to Manage

The hardest part of implementing metrics can be identifying where to start.

Margaret McGuckin and Kathy Lynn-Cullotta are the co-founders of i3 Ignite, a strategic consulting company for dental groups, and are faculty members of the Dentist Entrepreneur Organization (DEO). McGuckin was the founding COO for ClearChoice Dental Implant Centers and guided its expansion to 31 multi-specialty locations and $135 million in revenue in just four years. Lynn-Cullotta is a Managing Director of an angel investor network and has decades of experience scaling up companies.

The key to their success: innovative strategy and impactful implementation.

Lynn-Cullotta says it all begins with asking the right questions.

Then narrow it down to Which of these four is most important to you right now?

Whether you use Excel, Google Docs, or implement an analytics platform like Jarvis Analytics, there are certain metrics every dentist and dental group should have at their fingertips.

Tarek Aly, BDS, is a periodontist and the COO and co-owner of OrthoDent Management, a dental support organization with 12 practices, and Modern Smiles, which has 8 locations.

“KPIs and business analytics are a passion for me. They’re like the x-rays you need to see before you treat the tooth or the gauges you check before you fly a plane. KPIs give you the data you need to make the right decisions,” said Dr. Aly.

Often the most challenging part is knowing which metrics to measure and how to organize them.

Do you know where your revenue goes?

Almost two-thirds of every dollar is spent on personnel-related expenses. That makes it more important than ever to treat your team as valuable assets.“

Too often dentists think of employees as an expense because that’s where they show up on the income statement,” said Ken Kaufman, the Chief Financial Officer of Community Dental Partners, a fast-growing dental group based in Texas that currently supports more than 70 locations.

“I think of employees as assets. If 62 cents of every dollar that leaves a dental practice goes to pay the employees and the practice’s portion of benefits and taxes, then the most important two questions are these:

“The answer is simple: Culture,” he explains.

Develop the Drivers that Will Achieve Results

Download the KPIs guide for specific examples of how to increase collections.

How to Drive Behavioral Change

The i3 Ignite team recommends asking yourself at least five questions to understand what’s driving behavior. With each question, you dig a little deeper to get to the heart of the problem.

Asking a series of questions serves another purpose, too.

“You need to narrow your focus until you are crystal clear on what you need to accomplish,” said Margaret McGuckin.

“Our commitment to each other as a team was that we would move the needle, no matter how small the improvement,  every day.”

For detailed advice on how to avoid these mistakes, download the KPIs Every Dentist Should Know guide. It includes examples of phrasing to use with your team to prevent issues.

Fear of Data
Some team members may be hesitant to pull data because they’re afraid of what it will reveal. As the organization’s leader, you can avoid this by setting the stage for success.

Unclear Accountability Process
Companies that are metrics-driven build a culture of accountability. For every metric, the leadership outlines who will measure it, how, and by when.

Not Providing Actionable Steps
One of the biggest mistakes a leader can make is saying here’s a problem, but not providing tangible steps to fix it. Margaret McGuckin recommends asking a series of questions to understand why the problem is happening and then tackling each issue separately. As you fix each issue, you build a strong foundation for behavior change.

Not Tying KPIs back to Practice’s Core Values
Every KPI should be measuring something important to you. When creating your KPIs, tie each one back to a core value to show how it strengthens the practice’s philosophy.

How to Hold an Effective Data Review

Data is only impactful if it’s reviewed and acted upon.

When Margaret McGuckin was the COO of ClearChoice Dental Implant Centers, a core group of four executives would meet every week with one question: What do we need to do this week to be successful? Then the team would set a specific goal, such as increasing case acceptance by 5%.

“It was that rapid iteration model that allowed us to gain rapid feedback from the ClearChoice offices, identify roadblocks, and figure out how to overcome them,” McGuckin explained.

“This was hard work,” said Margaret McGuckin. “We had to be creative. We had to be innovative. We had to listen to what our teams and patients were telling us and figure out how to help them feel comfortable with moving forward with treatment. Having a process in place that everyone understood and everyone knew their role in implementing made all the difference in our success.”

It’s a question many parents have: how do I keep my kids’ teeth healthy?

Dental practices spend thousands of dollars on digital marketing each month, hoping to drive potential new patients to their website to learn more...

At URBN Dental’s two practices in Houston, the patient experience is always top of mind. The team runs the practice with positivity, with the goal of...

The news you need to grow your practice

Be the first to know about innovations in practice management and patient experience delivered to your inbox.